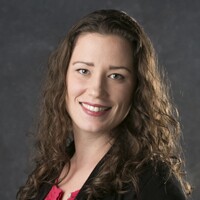 Dr. Melissa Walker Glenn (mezzo) is a proud alumna of Brigham Young University–Hawaii. She also holds a master’s degree in vocal performance and literature from the prestigious Eastman School of Music and a doctoral degree in voice performance from Arizona State University. For her doctoral project, Melissa helped create, publish, and record a new song cycle based on the poetry of survivors of childhood trafficking she worked within India. Favorite roles performed include Luisa Fernanda in the Spanish opera Luisa Fernanda, the Sorceress in Dido and Aeneas, Mother Miriam in Agnes of God, and Anita in West Side Story. Melissa has enjoyed singing with the Phoenix Symphony, Honolulu Symphony Orchestra, Arizona Opera, many professional choirs, and as a performer at Disneyland with Goode Time Productions.

She enjoys spending time with her husband, David, and their three wonderful children.